When we visit any new country and city so there is always a curiosity in our mind about the place. We read and search a lot before visiting a new place. When we reach the place we always try to find out more about the place by its history and culture and learn so many new things. Today I will take you to the Top 05 Museums You Should Visit In Delhi.

Delhi has also preserved its history in so many museums. So here I will take you to the Top 05 Museums You Should Visit In Delhi. 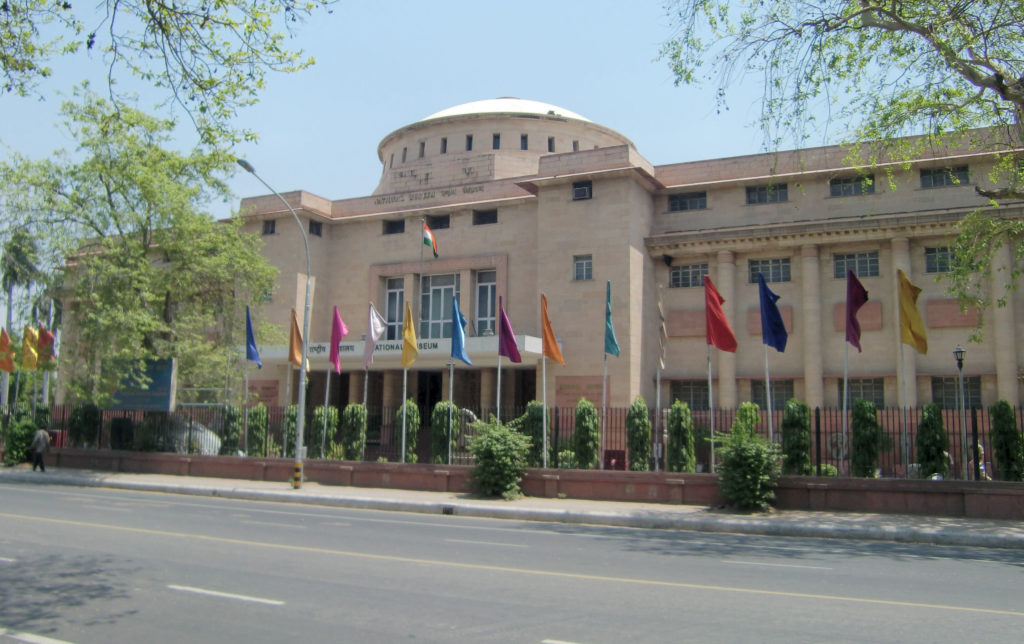 1. National Museum: This museum is also known as the National Museum of India. It is one of the biggest museums in India established in 1949. It has a huge variety of prehistoric times to modern work and art. Museum has almost 200,000 works of art not even from India only even from some other countries as well which covers 5000 years of history.

It has so many different kinds of artwork here like stone art, wooden art, Paintings, Arms and Armour, Decorative art, Jewelry, Education, Archaeology and many more. It is situated in the center of New Delhi near India Gate and Connaught Place. This could be biggest in the Top 05 Museums You Should Visit In Delhi. See Delhi By Helicopter

2. National Rail Museum: It is a museum about the Indian railway system and development from its beginning. It was opened on 01st February 1977 and covers almost 40,000 square meters of indoor and outdoor land. Inside the museum, you can also enjoy a toy train ride. The collection of the museum is so big it houses Locomotive and coaches from princely states of the Indian subcontinent. I found it one of the interesting in Top 05 Museums You Should Visit In Delhi.

The museum has a large collection of steam Locomotive made of iron and steel and also wooden coaches collected from all over India. The museum has documents, drawings, maps, books and belonging of Indian Railways for 160 years of history. Museum has a maximum number of rail simulators in the world. Madame Tussaud Museum Delhi 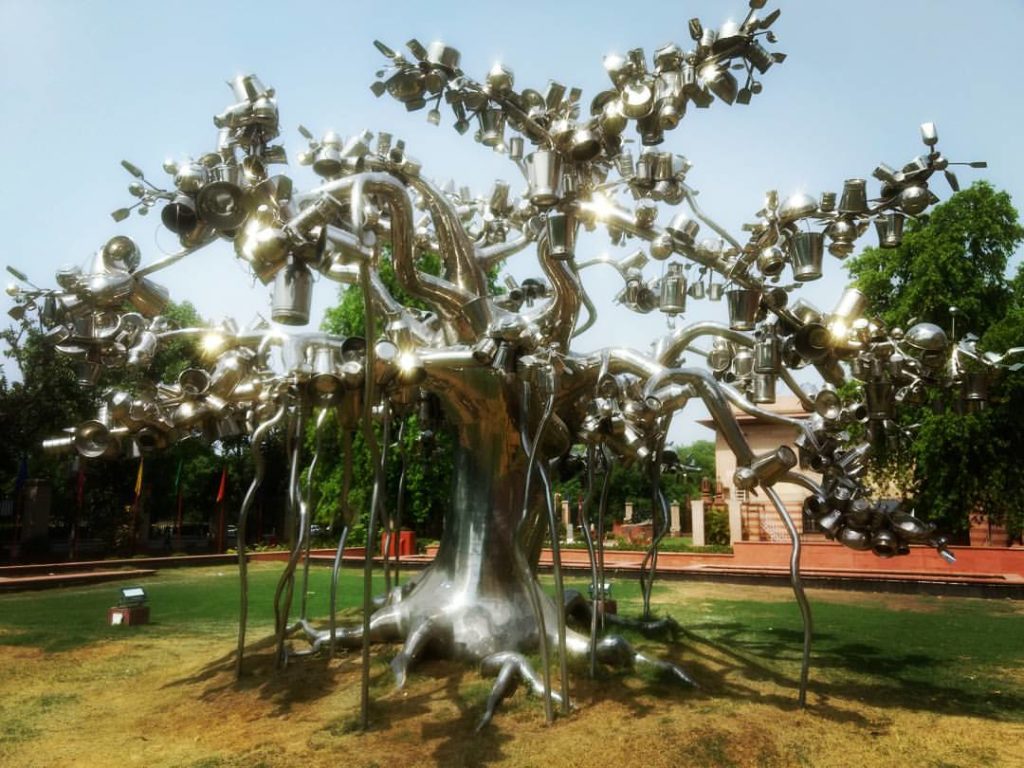 A steel tree at National Gallery of Modern Art

It has more than 14000 pieces of art from artists like Thomas Daniell, Raja Ravi Verma, Abanindranath Tagore, Rabindranath Tagore, Gaganendranath Tagore, Nandalal Bose, Jamini Roy, Amrita Sher-Gill as well as foreign artists. Gallery also preserved some oldest work date back to 1857. It has an area of 12000 square meters of exhibition space which makes it the world’s largest modern art museum. This is best in Top 05 Museums You Should Visit In Delhi if you love art and paintings. 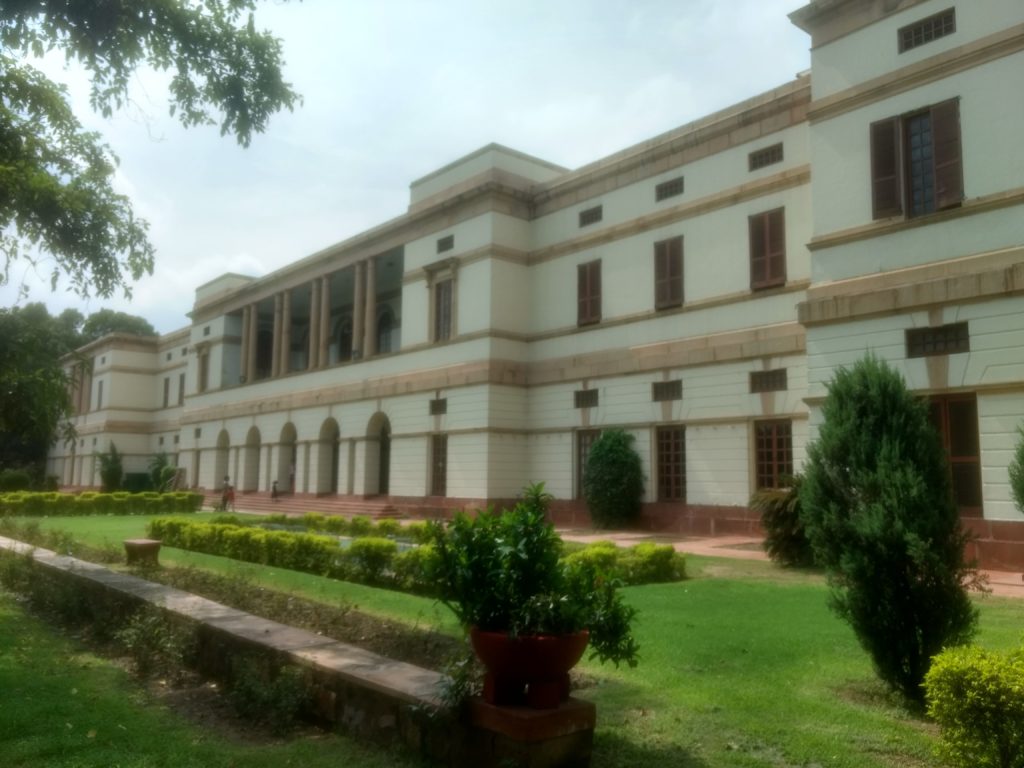 4. Nehru Memorial Museum: Pt. Jawahar Lal Nehru was the first prime minister of India. He played a great role in the freedom of India and took India to the next level. Nehru was an architect of modern India and the champion of world peace. The building which has been converted into museums basically was a residence of Pt. Jawahar Lal Nehru after his death it was converted into a museum.

it has four major constituents namely, a Memorial Museum, a Library on modern India, a Center for Contemporary and Nehru Planetarium. Its a place where you can see his entire lifestyle. Some of the rooms such as a drawing-room, Bedroom and study room have been preserved as they were at the time of Jawaharlal Nehru’s death. A series of interlinked exhibitions have been created in the museum which shows his personality and works life. Newspapers, books and photographs related to Nehru have been preserved here. Best Shopping Market in Delhi.

Place includes a living room of Mahatma Gandi and the ground where he was addressing the crowd when Naturam Godse killed him. The building and landscape have been preserved as they were at that time. You can also see here the journey of Mahatma Gandi in the form of photographs and books. A big statue of Mahatma Gandhi was established here with whom you can take the pictures.

12 thoughts on “Top 05 Museums You Should Visit In Delhi”