The Himalayan ranges of Uttarakhand are just the perfect ones to go for a trekking expedition. Since the Himalayas offer several ranges for the purpose of mountaineering, the mountaineer can take their pick depending on their choice. Almost all sorts of trekking expeditions ranging from simpler to the difficult ones are offered by the Himalayan ranges. You can accomplish mountaineering outings ranging from an altitude of 3000 meters to 7000 meters out here in Uttarakhand. Here we will discuss Top 05 Treks in Uttarakhand To Explore

Top 05 Treks in Uttarakhand To Explore

Roopkund is situated in the Chamoli district of Garhwal. The road head for Roopkund is Loha Jung 155km from Almora, 217km from Nainital and 235km from Kathgodam. Roopkund situated at a height of 5029m in the lap of Trishuli massif. This area is usually called is the ‘mystery lake’, since human skeletons and remains of horses from the Palaeolithic age were found here. The lake is surrounded by a rock-strewn glacier and snow-clad peaks. One of the most popular in Top 05 Treks in Uttarakhand To Explore.

The starting point of the trek is Loha Jung, the trek of Roopkund passes through lush green grassy land and conifer forest clinging into the slopes of hills. The trek thereafter winds its way along the Pindar River. Bedni Bugyal and Bhagwawasa are the most beautiful places on this trek. You must found lots of “Bramhakamal” near Bhawawara. 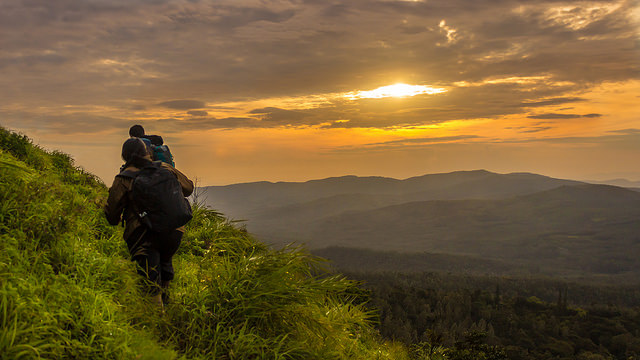 Considered by many as characteristically the most beautiful trek in the Garhwal Himalayas, the Kauri Pass is a once in a lifetime experience. The area here is really wild because the higher reaches of the river in the valley have not yet been fully explored. En route one can get a splendid view of various uncharted lakes especially the Gauna Lake.

The route is through various remote villages in the wilderness where the civilized world has not yet managed to cast its shadow. To reach the pass the last ascent is very steep and exerting but worth its while because the ridge on which the pass is situated on the edge of the divide between the lesser and the Greater Himalayas.

The ridge-top is a continuous grassy meadow and affords next-door Himalayan views, one of the finest in the world. At the camp on the ridge overlooking peaks like Nanda Devi, Dunagiri, Hathi Parvat, Ghori Parvat, Kamet, Chaukmamba, Nilkanth, Bethratoli, and the Trishul peaks one feels truly on top of the world. From Kauri Pass a day trek to Pangerchuli peak is possible from where the Greater Himalayan peaks are a whisper away. 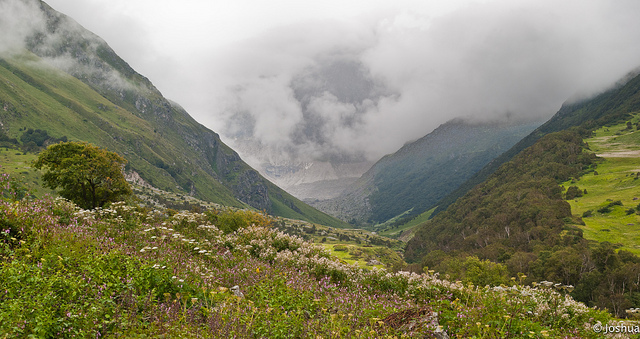 The Valley of Flowers is a beautiful meadow located at an altitude of about eleven thousand feet. It is the valley of the stream Pushpavati, a tributary of Alaknanda. Frank Smythe discovered ‘The Valley of Flowers’ in 1931 on his way back after a successful expedition to Mt. Kamet. Ferns, dwarf iris, dwarf larkspur, dwarf rhododendrons, primula, blue poppies, fritillaries, asters, potentials, inula grand floras and hundreds of other species grow wild in the valley.

The Valley of Flowers is a riot of colors in August/September. Well over a thousand varieties of flowers, shrubs, orchids, and plants in myriad hues, differing textures and colors paint the valley in a gorgeous display. The valley is a natural plantation surrounded by the dazzling snow-clad Himalayas, a feast for the botanist and amateur alike.

Deep in the heart of the Himalayas, is this spectacular ‘Valley of Flowers’. Many varieties of Himalayan wildflowers bloom here. Post Monsoons, the floor of the valley is covered with a carpet of myriad colors! It is an awesome sight of colors with a contrasting backdrop of majestic peaks. most scenic in Top 05 Treks in Uttarakhand To Explore. 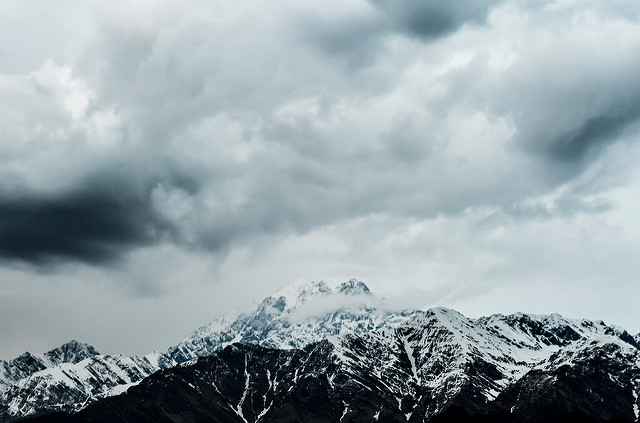 Pindari Glacier, a trekkers’ paradise, is a world-famous glacier and is easier to trek than most other glaciers. The Pindari Glacier has a beauty of its own, Pindari is a big and steep glacier measuring 3km in length and 0.25km in breadth This glacier is situated between snow-capped NANDA DEVI and NANDAKOT mountains. The river Pindari originates from this glacier. The glacier is at an altitude of 3353 meters.

The entire trekking route is filled to the brim with natural beauty. A trek to the Pindari Glacier is a “soft adventurous” experience and well within the capacity of any trekker who is amply rewarded by the magnificence and grandeur of the towering Himalayas. It could be one of the difficult treks in Top 05 Treks in Uttarakhand To Explore

Sources of the Ganges : 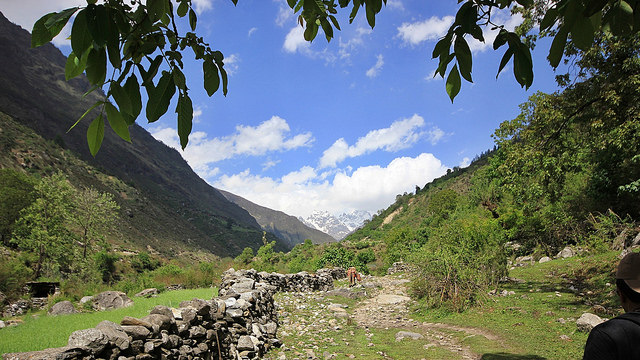 The River Ganges or the Ganga is the most sacred river in the Hindu religion and its source at Gaumukh on the Gangotri glacier is one of the holiest destinations for Hindu pilgrims who come here to witness the birth of Mother Ganga. Our trek takes us to Gaumukh (translates to cows mouth), the mythological source of the River Ganges, which is at the snout of the Gangotri glacier. At Gaumukh, blocks of the glacier fall into the river and pilgrims ‘cleanse themselves of their sins’ in freezing water.

The scope for trekking in Garhwal and Kumaon is immense. From short walks to arduous ascents to mountaineering expeditions, the diversity is staggering. Nainital is also one of the most popular places to enjoy the beauty of the Garhwal region.

Legends associate this valley of Garhwal Himalayas with the area from where Hanuman of Ramayana collected “Sanjeevani” herbs to revive Lakshmana, the younger brother of Ramaji. Hanuman had to visit far-flung areas in his search for the “Sanjeevani” life – saving herbs.