When any traveler thinks about India first thing which comes to mind is the Taj Mahal and no doubt if you are in India you can not go back without seeing the Taj Mahal and if you are in Delhi and do not want to stay in Agra even you can see the Taj Mahal as Same Day Agra Tour From Delhi. It is one of the wonders of the world and one of the most beautiful monuments in the world. It was built by great Mughal emperor Shahjahan in fond memory of his wife “Markad Mukabro Arjumand Bano Mumtaz Begum”. Let’s plan a Same Day Agra Tour From Delhi. 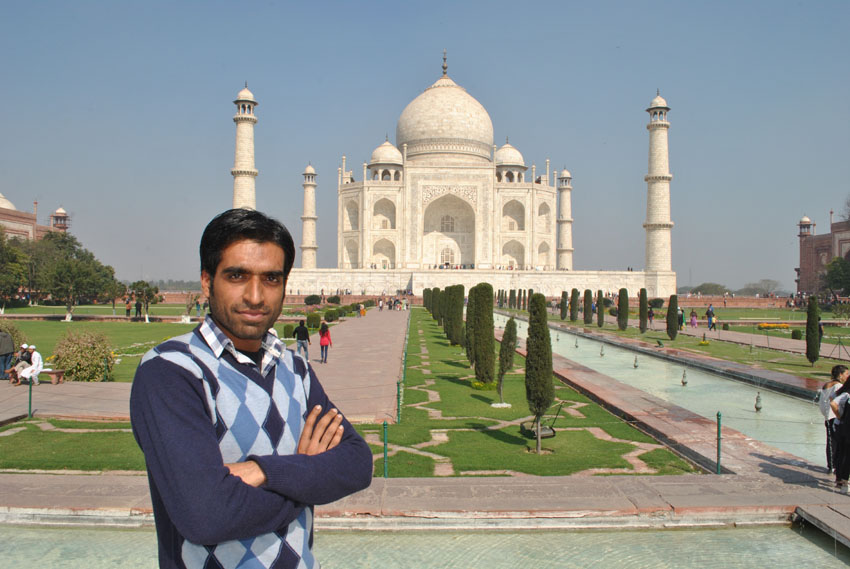 Taj Mahal is situated on the riverbank of Yamuna in Agra Utter Pradesh. Agra is almost 200 km away from the capital of India Delhi. You can easily visit Agra from Delhi on the same day and most people do the same. Agra is very well connected to Delhi by road and train. There are so many trains Delhi to Agra every day but 03 trains are best if you want to come back on the same day. Shatabdi Express, Taj Express, and the latest one Gatiman express.

All the trains leave Delhi early morning and come back in the evening from Agra. Shatabdi and Gatiman Express are the fastest and take around 02 hours to cover the one-way journey. The road is one more option to reach Agra you will be traveling by one of the best highways in India called “Yamuna Express Highway” and it will take only 03 hours to cover the one-way journey.

Places to Visit in Agra: Taj Mahal is a must-see place in Agra but besides that, you should also visit Agra Fort and Sikandra.

Taj Mahal: Taj Mahal has been an identity for India for international travelers and believes me it is worth it. You will be amazed by seeing its beauty. I have been to the Taj Mahal almost 100 times and I see people’s reactions when they get the first view of Taj Mahal it’s like OMG its amazing, awesome.

Construction was started by Shahjahan in the year 1632 and it was completed in 1653 at the cost of 32 million rupees at that time. Construction was done by almost 20,000 people in the guidance of Ustad Ahmad Lahauri. The Taj Mahal was designated as a UNESCO World Heritage Site in 1983 for being “the jewel of Muslim art in India and one of the universally admired masterpieces of the world’s heritage”. 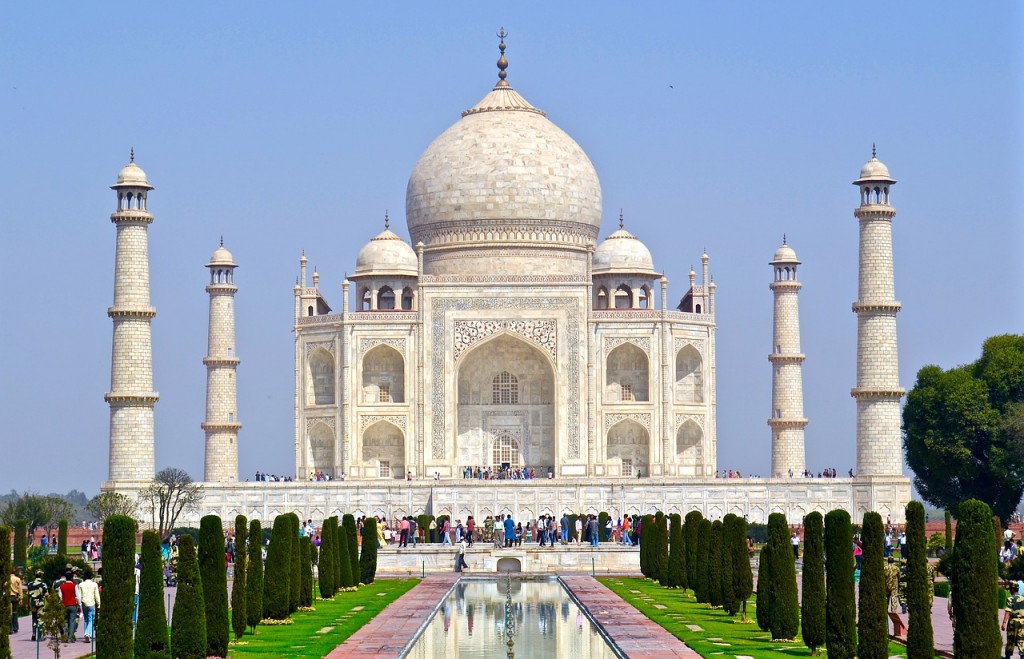 Before the Taj Mahal in India, all the architecture was made by red sandstone but Shahjahan builds the Taj Mahal by using only white marble and inlaid precious and semi-precious stones in white marble which makes it amazingly beautiful.

Agra Fort: The Agra Fort is also known as “Lal-Qila”, “Fort Rouge” and “Qila-i-Akbari” is the second most visiting and highlighted monument of Agra after Taj Mahal. It is one of the biggest forts in India made by red sandstone and white marble Akbar started the construction in 1565 but it was not completed by him only after Akbar Jahangir also build some part of the fort called Jahangir Mahal. 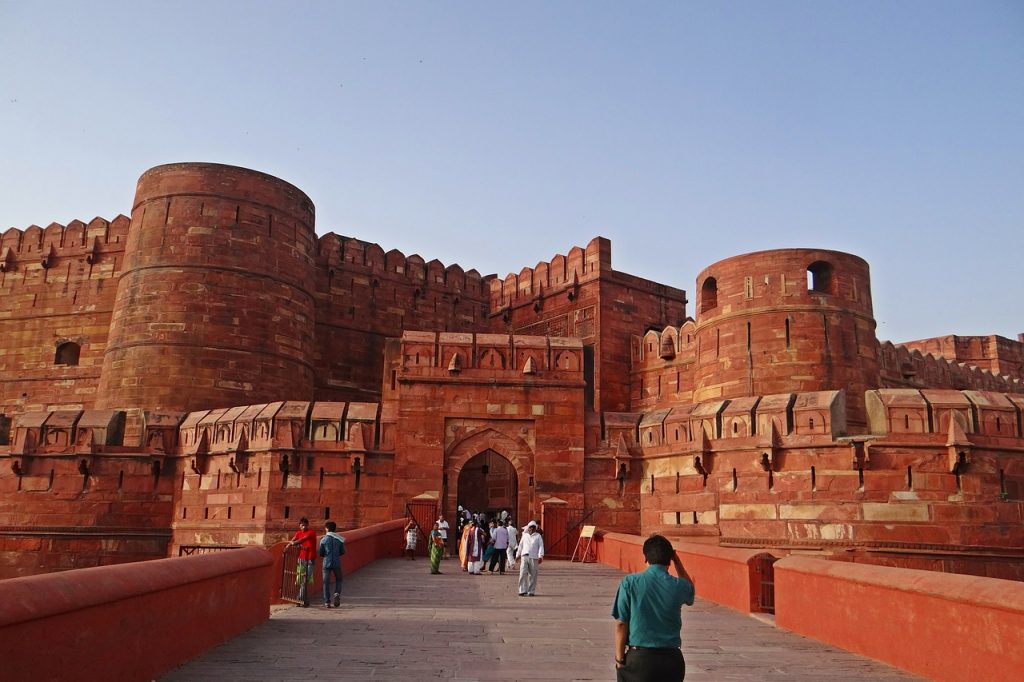 Sikandra (Tomb of Akbar):  Sikandra is the mausoleum of Akbar build by himself and its a perfect example of an architecture which shows you a glimpse of all religion like Hindu, Christian, Islamic, Buddhist, Jain themes. It is located almost 10 KM from the city of Agra on Delhi-Agra national highway. Akbar planned and started the building later it was completed by his son Jahangir in 1613. It has four gates but now days only one gate in use. Akbar’s daughters Shakrul Nisha Begum and Aram Bano are also entombed inside the tomb. You will also find the tomb of Mariam, Jahangir’s mother is also located close to the imposing red sandstone building. 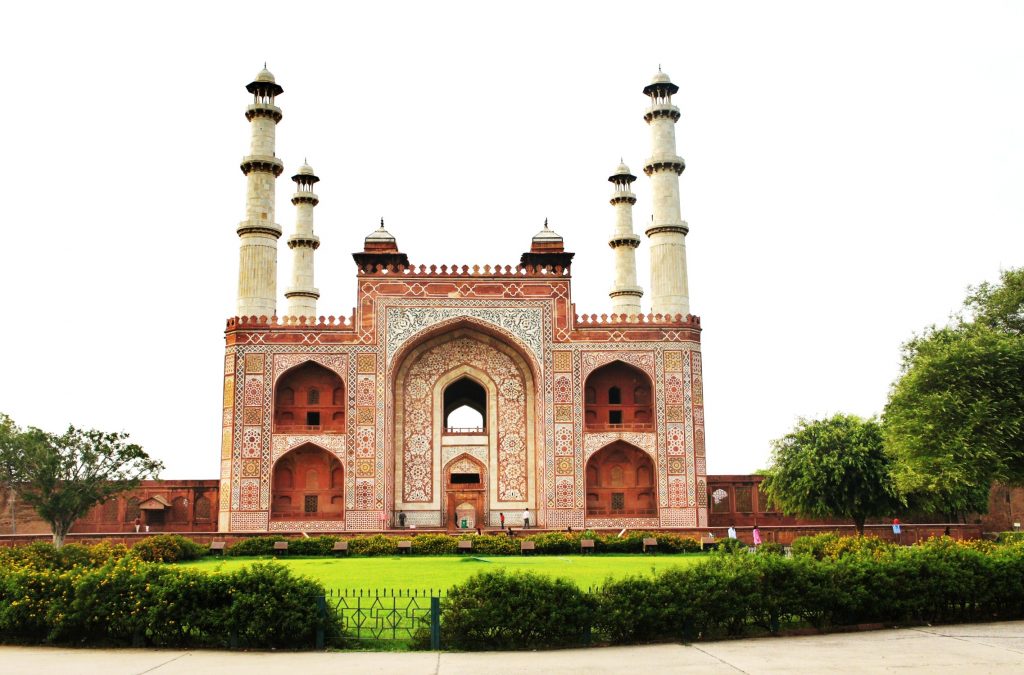 Except for these beautiful monuments Agra also has so much for shopping. You can some amazingly beautiful marble items from here which are hand made using the same technique that was used building the Taj Mahal and you can do it all in Same Day Agra Tour From Delhi.